Introduced late in 2010, the Sixty 6 Fly is the newest model in Cranchi's Yacht line. A three-stateroom, three-head yacht (plus crew's quarters aft), the Sixty 6 Fly shares the hull and basic arrangement of Cranchi's popular Sixty 4 HT hardtop, but adds a flying bridge to appeal to folks preferring to steer under the sun. We think this boat is not just another pretty face, but something quite special. 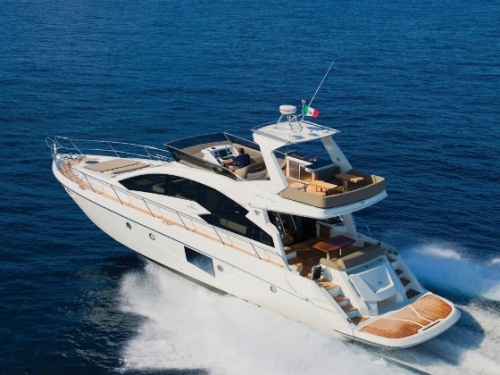