From the father and son team that has brought to the world’s boaters center consoles that don’t sink no matter how large they are, comes an express fishboat. Like the company’s smaller boats, Everglades assures us that their new express is also unsinkable. There are many important features – the hallmark of Dougherty designs -- which we’ll describe in the jump, but if you are in the market for an outboard powered express fishboat we suggest that you look at this boat. Everglades boats are probably the most expensive in their class, so they are good place to start your quest. 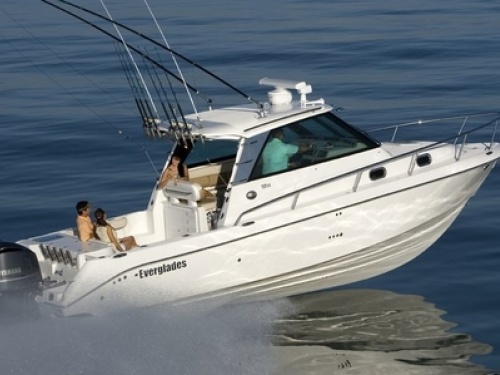