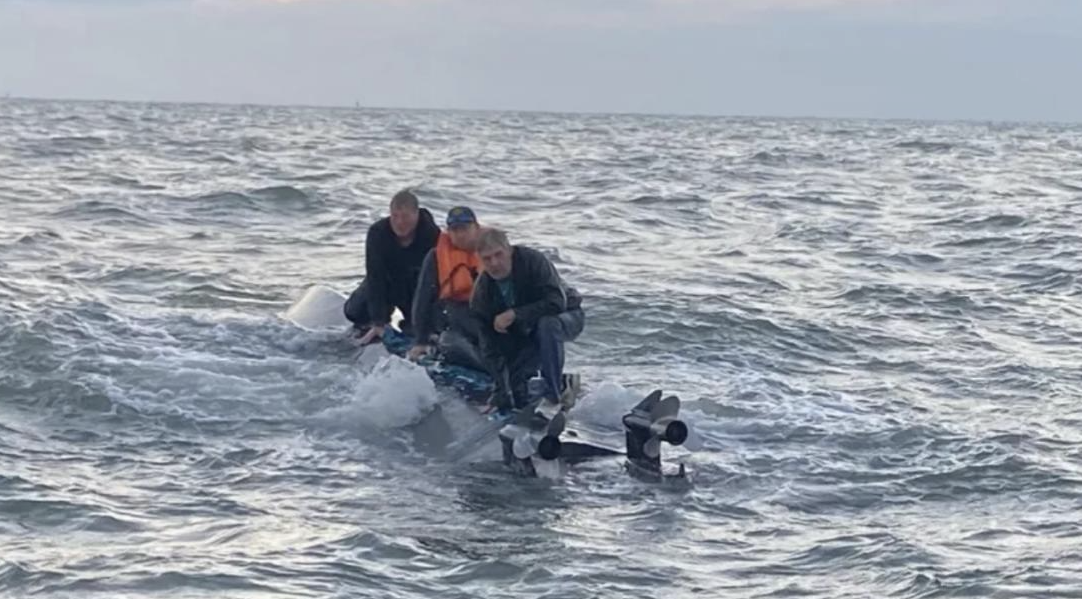 Three men have were rescued November 4 off the coast of South Carolina after their boat capsized offshore, according to the United States Coast Guard. The victims were five miles east of Charleston Harbor on Thursday morning when their 23 boat capsized the Coast Guard said in a press release.

A good Samaritan, who called for help just before 7:30 a.m., said the victims were "clinging to the overturned hull." There was only one life preserver among the three victims.

A search and rescue crew from the Coast Guard station in Charleston responded to the scene and was able to retrieve all three men from the water, the Coast Guard said Thursday. The men had been in the water for an estimated 90 minutes before they were saved.

The trio received "emergency medical services" at the Charleston Coast Guard station, though none of the victims reported any medical issues.

The owner of the boat is now working with a commercial salvage company to pull the vessel from the water, according to Thursday's release.

Petty Officer 2nd Class Harry Seibert said the accident "is a prime example of how quickly things can go wrong in a matter of seconds" on the water.

"It is important mariners check their vessel for all the necessary safety equipment onboard and monitor weather conditions prior to getting on the water," Seibert said, per the release.

It is unclear how the boat capsized.