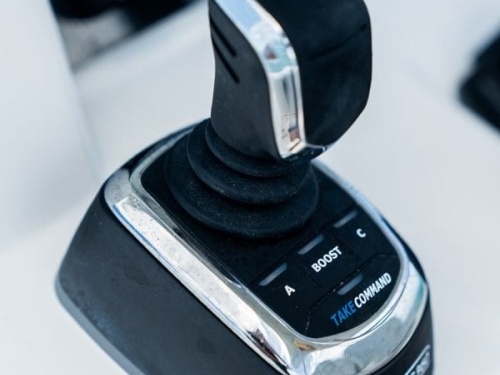 For over 60 years, SeaStar Solutions has led the way in terms of marine and outdoor technology from single lever throttle shift controls, to the jackplate. Upon closer inspection, their impact on the boating world has been significant to say the least, and we need not look any further than the helm – steering to be precise. Fast forward to now, where SeaStar has created a retrofittable, intuitive solution that works in conjunction with twin, triple and quad outboard engines.  They call it, the Optimus 360 Joystick Control System. Designed for slow maneuvering, all from the convenience of a precision joystick, the Optimus 360 Joystick is actually an upgraded add-on to SeaStar’s Electronic Power Steering (EPS) system.  Comprised of multiple components which work together to make light of controlling the vessel, the advent of the joystick brings close quarter maneuvering to an entirely new level of ease. 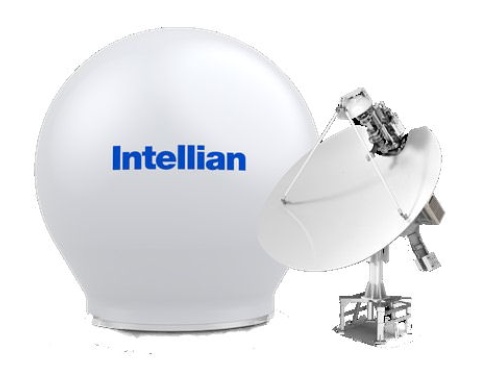 Intellian’s comprehensive range of antenna systems includes Satellite TV, VSAT, Global Xpress and FleetBroadband solutions. Today, we are focused on the company’s satellite TV offerings which allow reliable HD or SD TV connectivity anywhere in the world for boats as small as 20' (6.09 m) in length to superyachts. ​​​​​​​We’ll look at three of Intellian’s product offerings that cover recreational boaters: the I, S, and T series of antennas. We’ll overview how they work, discuss features, and considerations when selecting a satellite TV antenna for a vessel. 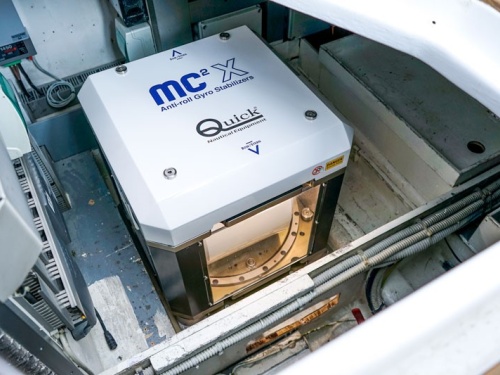 Quick SPA manufactures a line of gyro stabilizers for boats called the MC2 series. They are distributed here in the USA by Quick’s USA subsidiary headquartered in Linthicum, MD. Quick recently added five DC-powered gyros for smaller boats to go along with nine AC-powered units for medium to yacht-size vessels. All are effective at stabilizing roll and guarantee high performance both underway and at anchor. MC2X stabilizers are compact, and according to the company will reduce roll up to 95%. 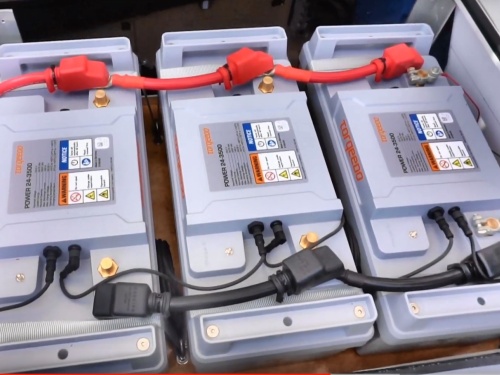 Integrel – An Alternative to a Generator

Integrel Solutions has spent a decade of research and development and over $10m in grant money to create a new smart electrical generating device. The device, dubbed “Integrel” generates and controls up to 9 kW of electrical power directly from the boat’s own propulsion engine without compromising any of the power needed for the propeller. The smartness lies in the Integrel control system. It makes real-time decisions about the difference between how much power the propeller needs and how much power the engine can produce to bring it into its own efficient operating power zone. It then takes this remaining (almost free) power and turns it into electrical energy. It stores this energy in a 48 volt Li-Ion DC battery bank for use when needed by the boat’s own normal electrical systems such as the refriegerator and air conditioner, as well as charging the boat’s house bank and engine battery bank. It is completely automatic, working in the background with no direct input from the operator. It requires no maintenance other than a periodic belt change, offering substantial savings on fuel and maintenance costs across its lifetime. 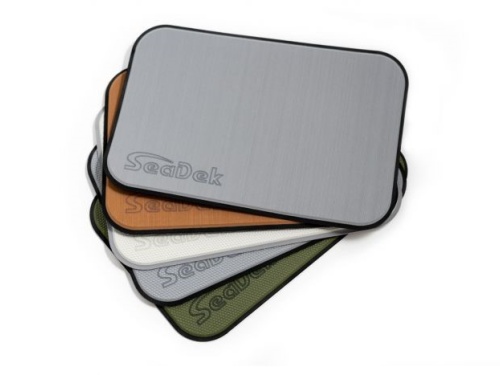 Selecting SeaDek non-skid foam decking is both fun and practical. SeaDek can mimic a traditional teak look for any boat or be as unique and colorful as one’s imagination. And now SeaDek offers an array of foam products to complement their decking - from retail items such as fenders, stair treads, and mats to sheets and templating kits for DIY boaters. SeaDek also offers a network of factory-trained fabricators and installers to customize any boat. 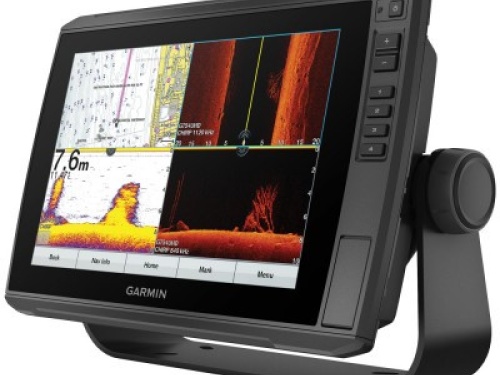 Garmin's new lineup of chart plotters/fishfinders, the ECHOMAP Ultra High Definition (UHD) series, builds on earlier Chirp sonar and mapping by adding SideVu and ClearVu sonars. Garmin has added these new scanning capabilities to provide a crystal-clear image of what is below, around and in front of the boat. 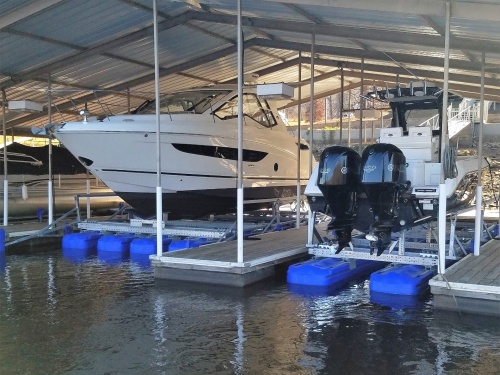 By providing lifts suited to the dock type, location and specific to the boat, HydroHoist keeps boats safe and clean. No more worries about dirty bottoms, or bilge pumps with dead batteries, or storms causing damage. With HydroHoist, push a button to raise the boat beyond harm’s way and rest easy. HydroHoist also makes PWC ports and dock accessories for protecting craft of all types. 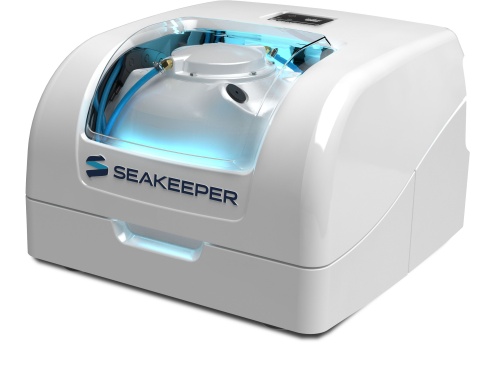 Seakeeper is a computer-controlled gyroscope that eliminates up to 95% of boat roll, according to the company. Its proprietary design, inspired by aerospace technology, centers on a powerful steel flywheel that spins at high speeds in a near vacuum, eliminating air friction and allowing weight, heat generation, and power consumption to be minimized. The technology works in all sea conditions, both at rest and underway. Completely self-contained, Seakeepers produce no drag and, unlike fin stabilizers, have no risk of damage from impact or snag. A Seakeeper can be installed as a new build feature or can be retrofitted to virtually anywhere on the boat. Since the first gyro shipped in 2008, more than 10,000 Seakeepers have been sold, according to the company. The company offers models to accommodate boats up to 85’ (26 m) and larger, with options for multiple installations on vessels greater than 85’.