The Gulf of Mexico was first explored and mapped by the Spanish in the early 1500s and with the arrival of the French more than 100 years later and their European conflicts, the first colonies were established along the sandy shores. Along with these colonies came the first great forts to protect land claims and trading routes. By the time of the American Civil War in 1860, massive forts guarded the inlets leading to bays and were the scenes of ferocious naval battles as the Union naval forces blockaded and began capturing port towns.

This legacy of coastal embattlements and fortresses has a deep history on the Gulf Coast and not surprisingly, many have been restored and are listed on the U.S. National Register of Historic Places. Readily accessible by cruisers, many of these fortresses have anchorages that provide stunning backdrops as they rise against the emerald and blue waters of the Gulf Coast. 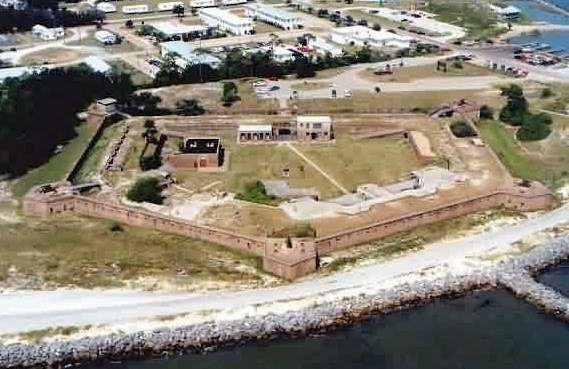 Fort Gaines—Dauphin Island, AL: Controlling the entrance to Mobile Bay, Fort Gaines was constructed between 1821 and 1848 and is bookended by the equally historic Fort Morgan on the Alabama mainland. Both saw fierce combat in the Battle of Mobile Bay between Confederate forces and the Union Navy in 1864, which included ironclads on both sides and where Admiral David Farragut commanded the now famous phrase, “Damn the torpedoes, full speed ahead.” Both of these forts are located within walking or biking distance of transient marinas. 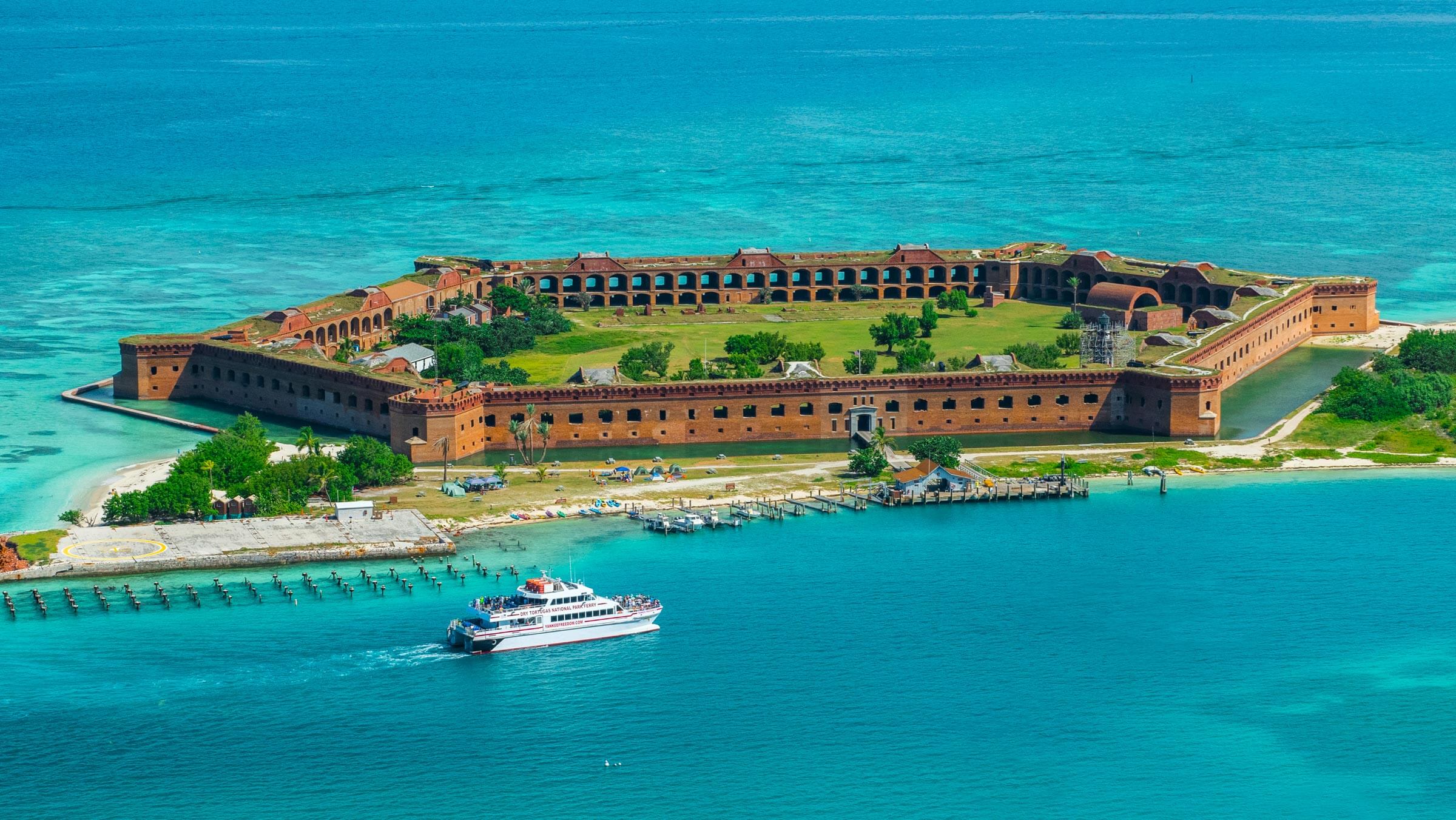 Fort Jefferson—Dry Tortugas, FL: Easily the most stunning and largest of the forts on the Gulf of Mexico, Fort Jefferson is a well-known attraction for cruisers in the Florida Keys. Constructed in 1847 and primarily used as a prison and to combat piracy, this fort has many anchorages available. 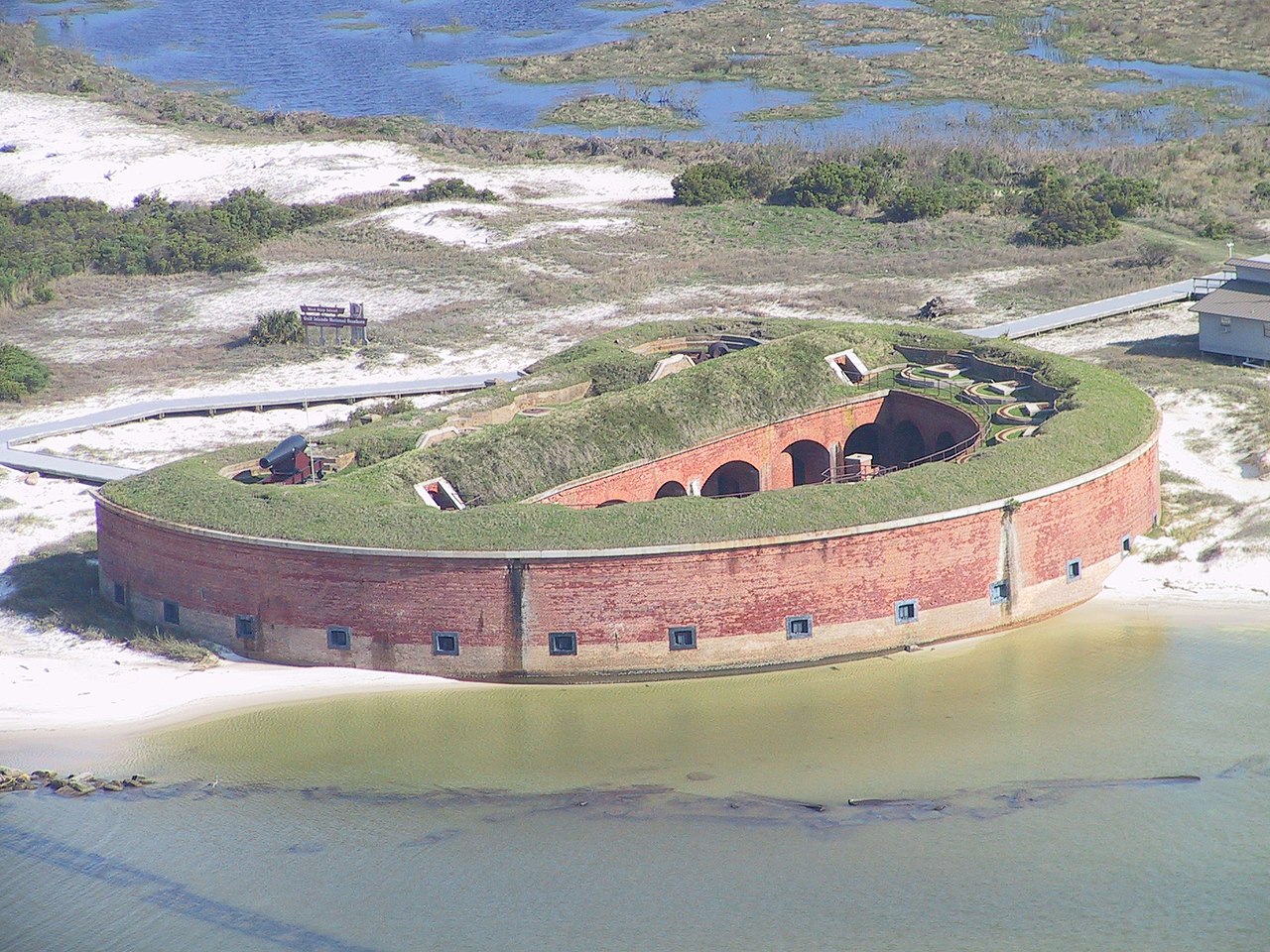 Fort Massachusetts—Ship Island, MS: Originally constructed in 1859 on a deepwater anchorage, this massive masonry fortress was conquered by Union forces during the Civil War in late 1861. First used as a prison to house Confederate POWs, the fort then protected the marshalling of the fleet, which would eventually conquer New Orleans. Located only 10 miles off shore, Ship Island holds beautiful beaches and great anchorages. 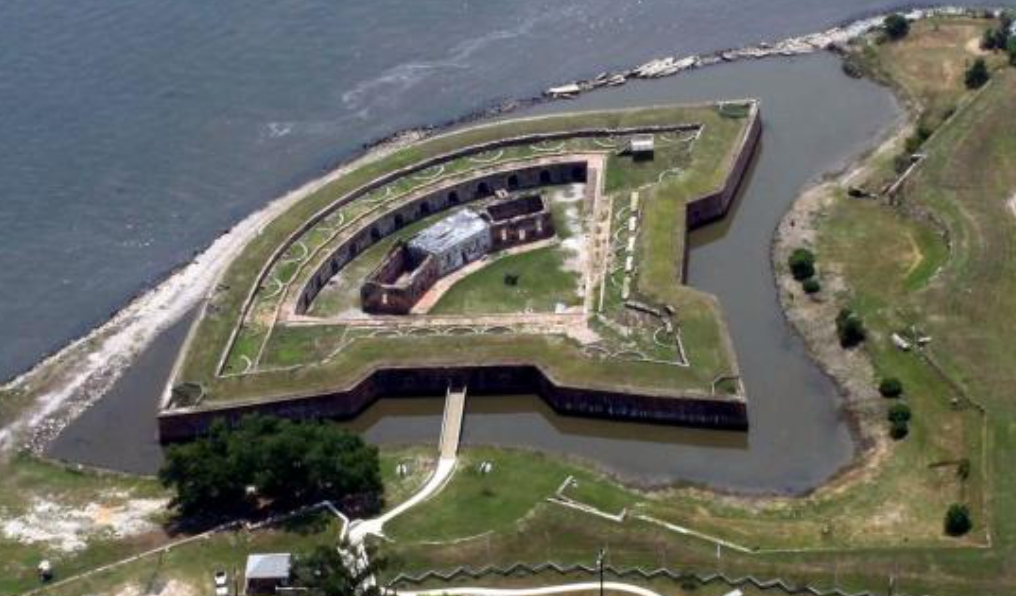 Fort Pike—the Rigolets, LA: Constructed following the War of 1812 to protect the approaches to the port of New Orleans, the fort was then occupied and used as a base for raiding Confederate towns and forces after the fall of New Orleans to Union forces in 1862. Located in the marshes of southeast Louisiana and heavily damaged in Hurricane Katrina, Fort Pike has been repaired but is best viewed from land, although transient marinas are available nearby. 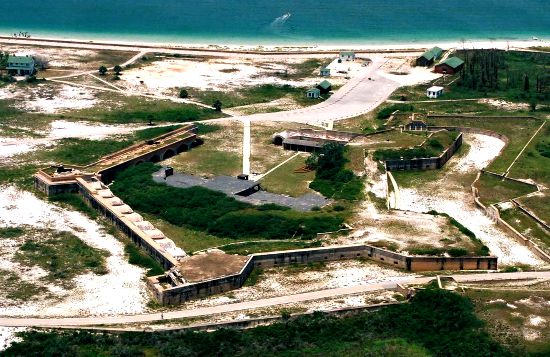 Fort Pickens—Santa Rosa Island, FL: Originally constructed in 1834 and decommissioned after World War II, Fort Pickens was the largest of a series of fortresses guarding Pensacola Bay. The impressive masonry fort has the history of being one of only a handful of forts to remain in the hands of Union forces throughout the Civil War. Nearby marinas and offshore anchorages allow for easy exploration of this stunning relic.