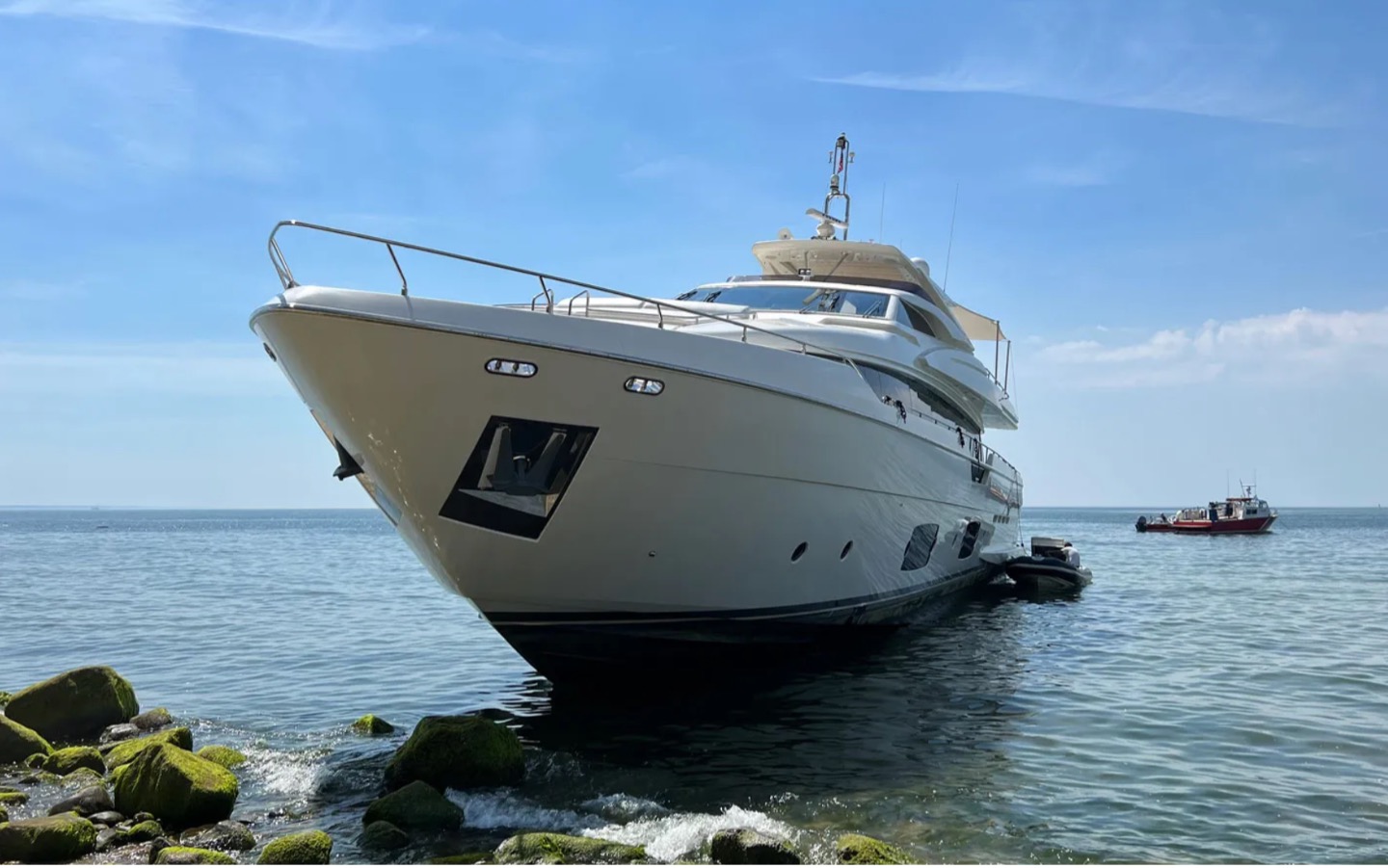 The 96' Ferretti In Too Deep ran aground recently in Mattituck, N.Y., a place well known for its enticing shoreline. One guest aboard the vessel was heard saying, “What, Me Worry? We’re on autopilot.”

A 96-foot yacht named In Too Deep ran aground east of Bailie Beach in Mattituck on June 26. The yacht was stranded on Bailie Beach, Mattituck for more than seven hours.

The yacht was refloated during high tides with the help of two commercial boats.

The vessel remained stuck for several hours until the tide flooded and two boats from Orient-based Douglass Marine pulled it free, according to a Southold Town police report. Reports from MarineTraffic, a publicly available vessel tracking service, showed the yacht drove bow first into the beach at 6.8 knots.

According to eyewitness reports, “the boat was towed from the beach that evening, it took them about forty minutes to get her off the shore.”

The vessel sustained unknown damage and no injuries were reported, according to police. A Southold police marine unit responded while on patrol in Long Island Sound. The police report listed three people as being on board the yacht.

The crews from Douglass Marine stayed with the 2013 Ferretti yacht from 2 p.m. until it was freed at 9:20 p.m. The yacht then made it back to Strong’s Marine in Mattituck to dock.

When Italian-based Ferretti Yachts announced the Ferretti 960 in 2013, it called the yacht “the largest planing pleasure boat ever designed and built by the Group’s historical brand.”

The cause of the incident is still being investigated. A police report states that three people were safely disembarked with no injuries. An incident report has since been filed. The yacht ran into the beach at a speed of 6.8 knots during clear weather conditions.