Be a Good Mr. Rogers: At the Dock

Capt. Jody, you’ve written 700 words and we still haven’t left the dock! Patience readers, you will thank me for this. 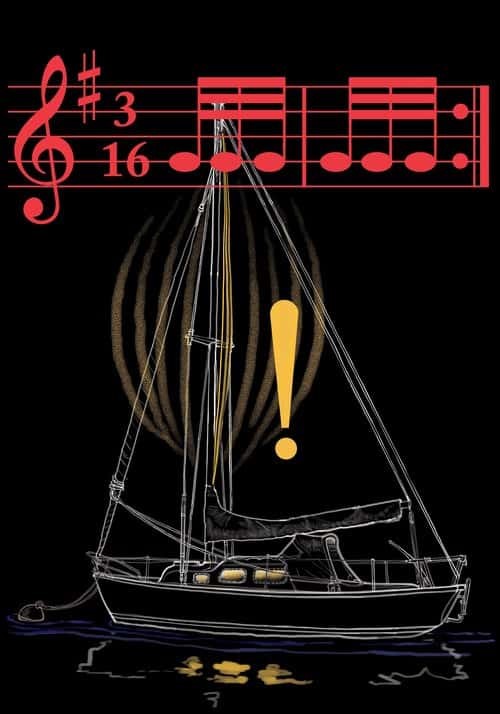 Do whatever it takes, fellow sailors, but keep your halyards from banging against your mast. No one wants to lie awake listening to the clang, clang clang, clang, clang of your running rigging. Take a few bungies and hold the halyards away from the mast using the stays before your sleep-maddened neighbor plots to use your cranium for the purpose instead.

Rule 2 — Keep your stuff off the dock.

I don’t have to explain this. Don’t leave your cooler, spare anchor, bicycle and two heirloom tomato plants on the dock in front of your boat. Return the dock cart. Tidy up your power cords. Enough said.

Ask incoming boaters — particularly if they are transients — if they’d like a hand with their lines. Transients are the ones squinting to make out the slip numbers as they creep down the fairway. Hey, we’ve all been there! You can ask your fellow dock mates, too, if they’d like you to catch a line, but usually, they have developed a system for getting into their slip and firmly believe that any alteration in it will disturb the delicate balance between a successful landing and holy-cow disaster. In other words, don’t be offended if they say no thanks. 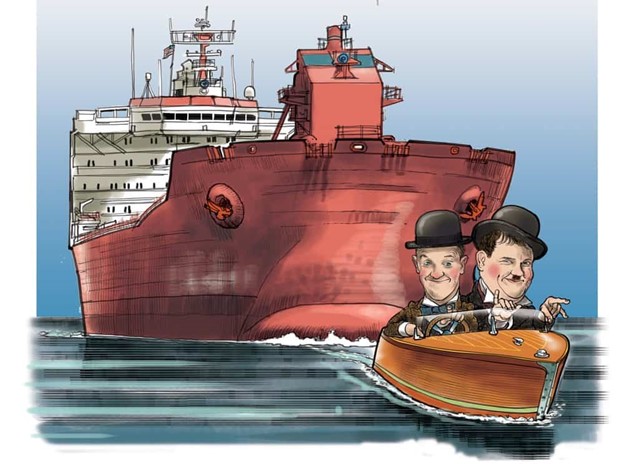 Be a Jolly Mr. Rogers: At Anchor

Yes, we’re on the water at last. But before we get to the general coming and going of life on the water, let’s pause for a moment on anchoring, because it has a lot in common with life on the docks, but without finger piers.

It is the height of bad manners to anchor too close to a boat already on the hook. So, before you drop your shiny new Rocna or trusty old Danforth, make sure everyone near you is going to have plenty of room to swing. Remember too that different kinds of boats will swing in different ways, especially on the Bay where the current is fairly weak. Also, boats with lots of windage, such as powerboats like Carvers and Sea Rays, are more likely to swing with the wind. Boats with deep keels, like sea-going sailboats, are more likely to swing with the current. Got all that in your heads, class? The bottom line is: Leave enough room.

Enough on aerodynamics. Let’s drop the hook... carefully. You’ve looked over the fleet and made your choice of spot. Now sound it carefully and then take the time to set the anchor properly. Capt. Jody is not going into anchoring techniques, but read up on it and practice. Dragging anchor into your neighbor is the social equivalent of yelling fire in a movie theater.

Anchoring is one of the supreme delights of boating. A quiet night, a glass of Pouilly-Fuissé or Yellow Tail in the cockpit, the occasional screech of a disgruntled blue heron and a technicolor sunset. Ahh. Or it can be a happy party of friends and family. Cannonballs off the swim platform. Hilarious attempts to teach Spot to stay on the SUP. Everyone at one with a good time. Here’s the etiquette part. If everyone else in the anchorage seems to be quietly catching up on their Proust and Pouilly and you want to party, move as far away as possible or, better yet, find an alternate anchorage. The Chesapeake is positively littered with them. On the other hand, if you are the first to arrive, the agenda is yours. Whoop and holler to your heart’s content and the white Burgundy-sipping Proustians can find their own alternative.

The same goes for running your generator all night. Generators make noise and create fumes. They are, however, lovely if it’s hot and you want to keep the air conditioner going. Just move well away and downwind from the pack.