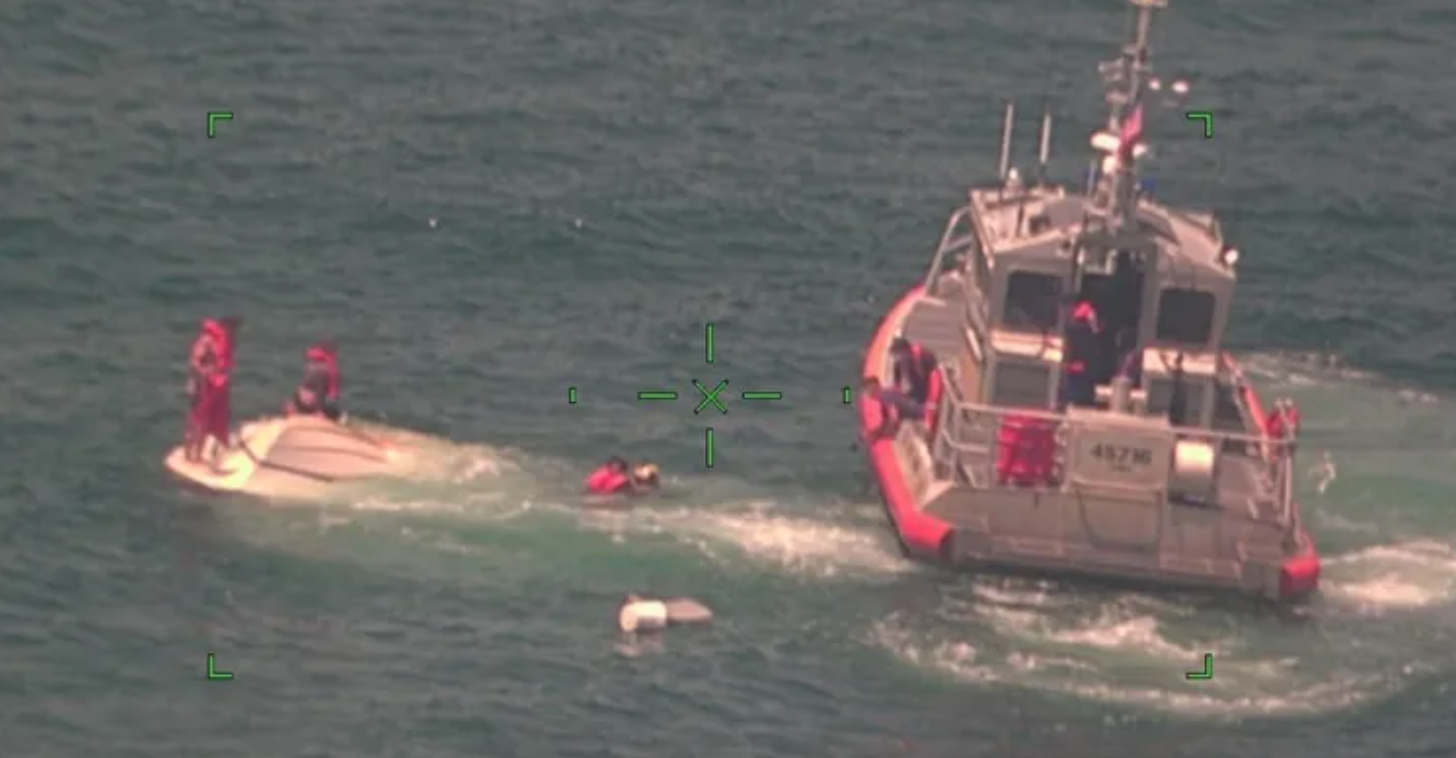 In an emergency situation, seconds count and hitting the distress button on the VHF radio may be all that can be done before a boat sinks.

Ever wonder what that red “DSC” button is on the front panel of a VHF radio?  That is the passageway to the Coast Guard’s  Rescue 21 system that was more than two decades in the making.  The “21” refers to technology of the 21st century.  It brings improved rescue enhancements in how the USCG receives and responds to emergency Mayday situations. The long-used radio initiated rescue system is more than 40 years old. It is antiquated in equipment and implementation and has many inherent shortcomings.  The Rescue 21 system will reduce reception and response time by benefit of electronics equipment and engineering innovation that wasn’t even thought of four decades ago.

State of the Art

Here is a thumbnail sketch of what the Rescue 21 system will do. It provides a protective safety umbrella along the U.S. continental, Alaska, Hawaii, Puerto Rico, Guam, and the Great Lakes coastlines as well as all navigable U.S. inland waterways. That is almost 100,000 miles of shoreline. The new system is a marriage of current radio communications and computer or digital technologies and has land, sea, and air components. The system will make broadcasting a Mayday as simple as pressing the red DSC button on your radio.

When activated, a preprogrammed digital signal will announce a distress call and identify a boat and report its exact location. In addition, an audible alert will sound on Coast Guard-monitored radios and on any VHF radio in the area that was manufactured since 1999.  This is important since unfortunately too many skippers do not monitor channel 16 and would otherwise miss a Mayday even though they may be only a short distance away from a boat in trouble. 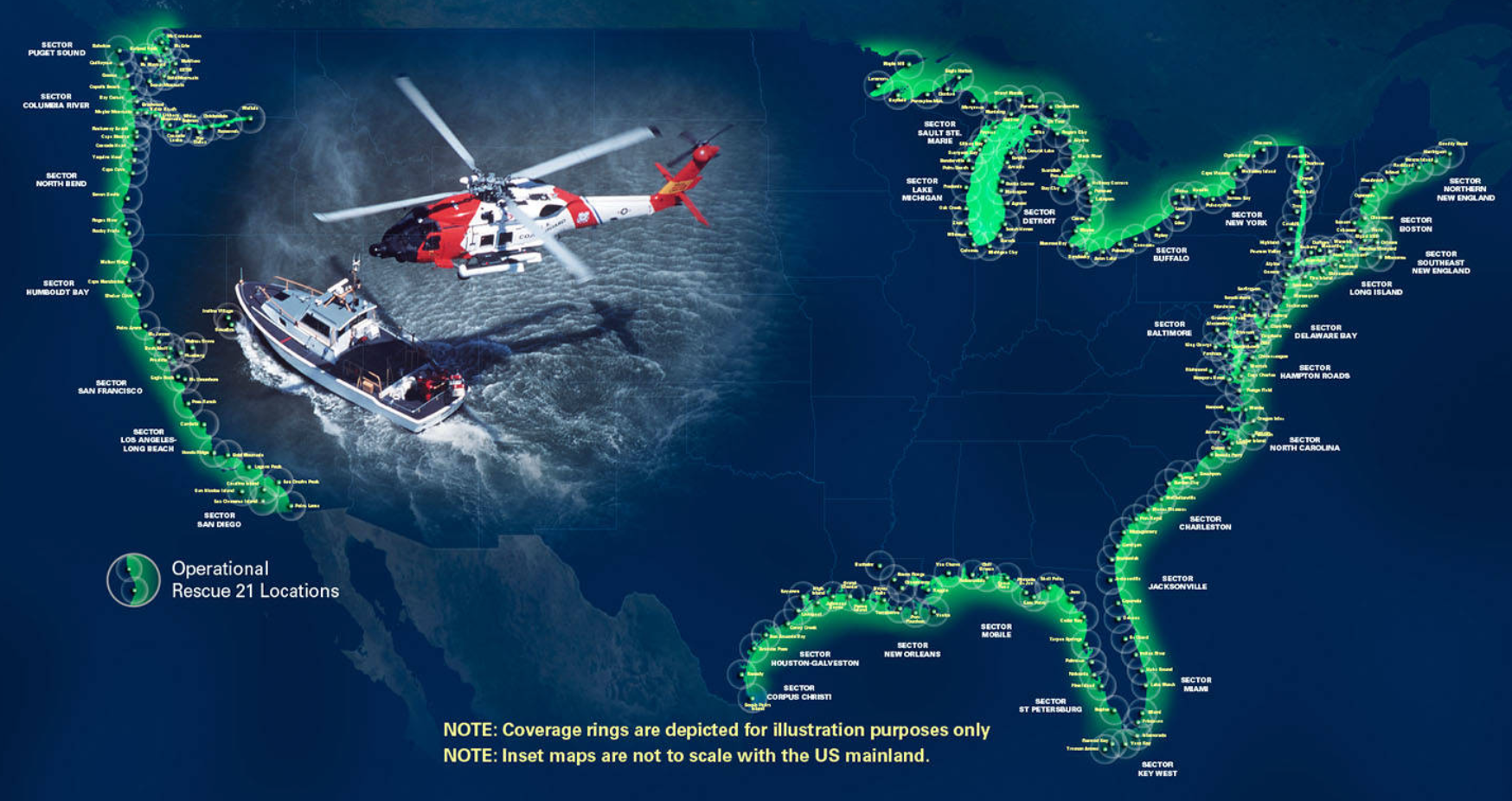 This image gives an approximation of the coverage areas for the coastal United States and Great Lakes.

One marvelous aspect of Rescue 21 is that all the important information on what, who and where is transmitted within seconds. Some distress situations where a fire exists or a boat suddenly takes on water and requires abandonment of the craft may not allow those initiating a Mayday the opportunity for the clear exchange of the vital information needed to place a rescue boat or air unit on scene. Also, miscommunications due to poor radio reception, noise interference or the inability to effectively pass on Mayday information because the radio operator may become panicked or excited or inexperienced the vocal emergency message may not get through.

The Rescue 21 system will receive a transmitted  Mayday to the Coast Guard land, sea and aircraft monitoring stations plus other federal, state, and local agencies such as the Harbor Patrol, Lifeguards, State Fish and Game, etc. This will markedly multiply the number of “ears” that are able to monitor and respond to a Mayday “DSC” activation.

Additional benefits to boaters of Rescue 21’s technology is that a more precise means of radio direction finding (special radio receivers that point the way to your boat when receiving a radio distress call) is woven into the Coast Guard’s blanket of coverage for a more speedy arrival on scene. Another limitation that system Rescue 21 will help to eliminate from our previous marine radio distress and response system is the inability to tie in various emergency response agencies together by radio. The Coast Guard’s new system can provide this kind of mutual radio interaction and support with other agencies. 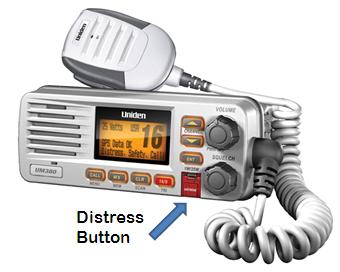 Once the distress button is activated, the Coast Guard 21 system alerts any vessel with a properly equipped VHF radio.

Also, keep in mind that any VHF radio with a DSC function (which is most radios in use today) will automatically sound out an audible alarm when a DSC activation is received. This means there are already thousands of DSC monitoring stations by means of commercial vessels and other pleasure craft that may be located nearby to provide the quickest response aid to such a Mayday call.

So how can one get aboard and take advantage of the new DSC radio distress system?

First, to obtain an “MMSI” number (a marine radio “PIN” number) and then program this information into a VHF as well as interface or interconnect a boat’s radio and GPS. Here the simplest thing is to contact a marine electronics dealer for the personalized MMSI number and program and connect equipment. A captain can also obtain an MMSI number  at www.seatow.com or www.boatus.com. Both SeaTow and Boat U.S. do this as a public service. (Check an equipment manual on how to connect and program a radio and GPS.)

The goal of the Coast Guard 21 system is more successful rescues like this one.

Once a captain has activated an MMSI number, he can then rest assured that he and his crew will be tied into the most sophisticated and advanced waterborne rescue system since the invention of the lifejacket.

Ken Englert owns and operates Maritime Communications, a marine-electronics dealership in Marina del Rey, CA. He has been the marine electronics columnist for Boating magazine for 45 years and is a member of the Editorial Advisory Board and president of the Board of Directors for the Marine Electronics Journal. He is also a five-time winner in the annual Boating Writers International awards program. www.maritimecomm.com