According to a study published last week in the Journal of Fish Biology, the sunfish, or Mola alexandrine, is nearly 4 yards high and more than 3.5 yards in length. It was discovered near Faial Island, said the Atlantic Naturalist organization.

“Sunfish are from the family Molidae and are the largest bony fish in the world,” according to the Australian Museum. “They have attracted interest for centuries because of their unique shape and large size.”

Sunfish are found throughout the world in tropical and temperate seas. Atlantic Naturalist said that giant sunfish have been recognized as their own species since 2018.

Researchers have determined that a huge sunfish discovered last year by fishermen near Portugal’s Azores region in the Atlantic Ocean is the largest bony fish ever recorded, weighing more than 6,000 pounds. 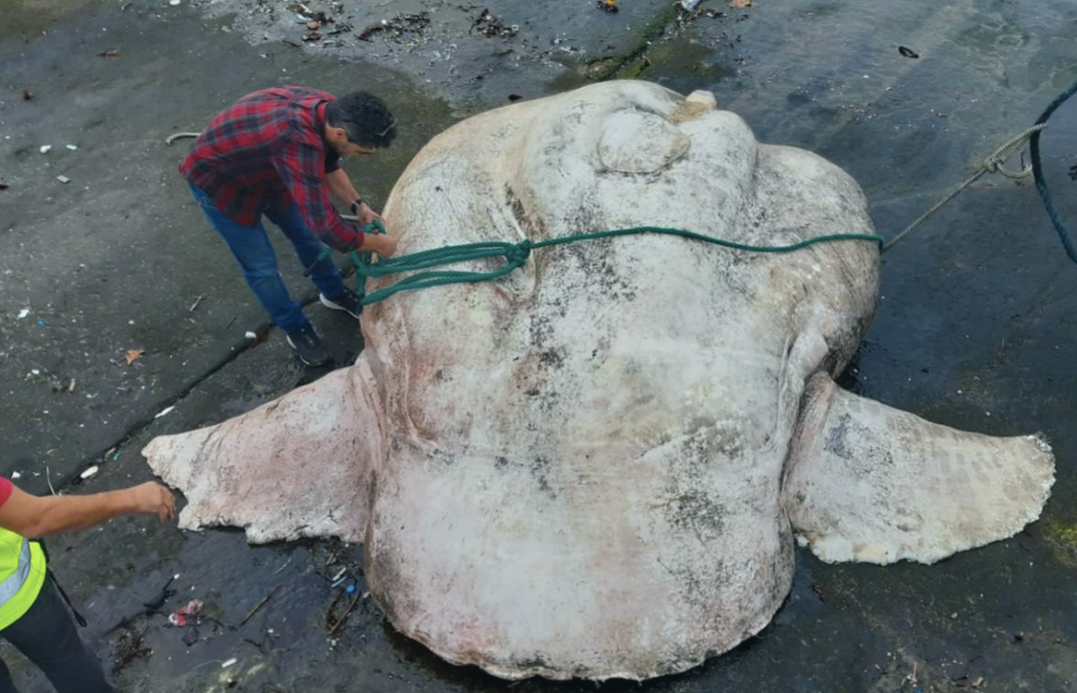 Scientists from the organization came to inspect the colossal sunfish carcass that fishermen found last year, The New York Times reported. Per the outlet, around 90% of fish fall into the “bony fish” category with sunfish.

Along with researchers from Azores University, Atlantic Naturalist scientists studied the specimen for “biometrical and morphological data, performing stomach content and DNA analysis,” it explained. Eventually, they determined that it broke a previous record just over 5,000 pounds set in Japan 26 years ago.

“These findings not only help us understand the role of invertebrate feeding species in marine ecosystems, but also show that the ocean is still healthy enough to support the world's largest animals,” said Atlantic Naturalist. “However, they raise concerns about the need for additional conservation measures regarding ocean pollution and boat traffic.”