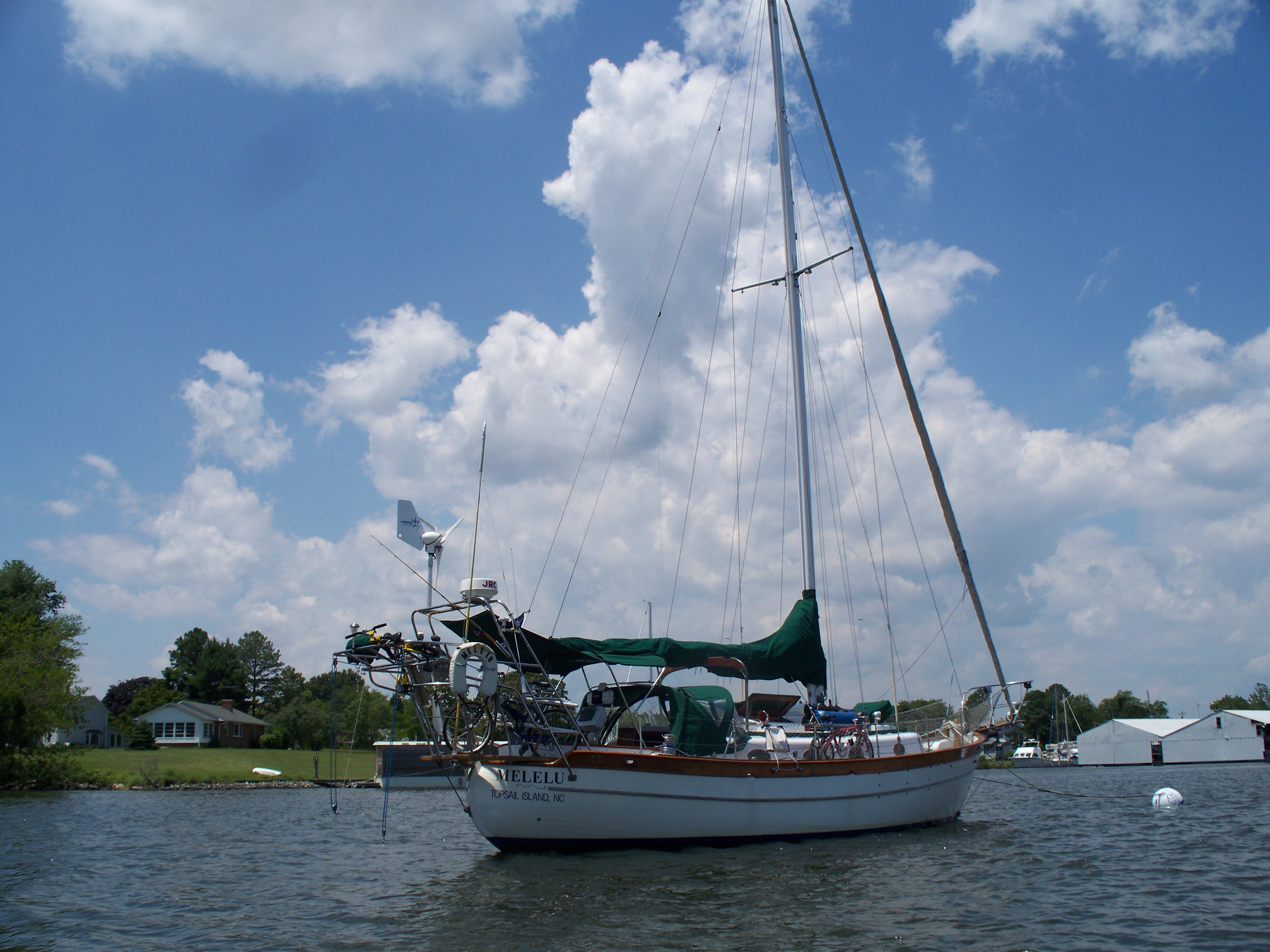 A mooring ball offers the benefits of anchoring without the hassle or worries. Here’s how to pick one up like a pro.

Get to know a mooring ball before picking it up. Mooring balls are easy to identify, the standard being a white ball or can shaped buoy with a horizontal blue band – vertical spars (utilizing the same color scheme) are also used in some locations.

Public moorings may have a VHF contact channel or name, while privately owned ones are typically marked with the owner or vessel’s name, mooring permit number, and possibly its intended use (as in the case of yacht club moorings labeled “Guest” for visiting boats).

Expect to pay a fee to the harbor master when using a public mooring, although in most every case it’ll be cheaper than dock fees for the night. After contacted the harbor master, they’ll state if the mooring ground tackle is of sufficient size and if it isn’t, will show the ones that are.

A typical mooring system consists of a pennant (which attaches to the boat or bridle), buoy, riding chain, ground chain, various shackles and swivels and finally some means of anchoring the whole system to the bottom. While pennants can be constructed of various types of rope, braided polyester best meets the requirements of strength and resistance to both chafe and UV deterioration. Elasticity isn’t an issue, due to the pennant’s short length.

Always inspect a mooring buoy to the extent possible (pennants, hardware, etc). Each should have dual pennants, one primary and one back-up or safety pennant. If the one chosen or assigned doesn’t, install a temporary one after mooring, preferably at the lower eye beneath the mooring ball (where it attaches to the chain).

As with any successful evolution, planning and preparation are key when it comes to picking up a mooring ball.

Approach the mooring ball slowly from dead downwind/current, which provides better control and maneuverability. Once the mooring ball is at the bow, slow or gently reverse engine to halt forward motion. The goal here is to gauge boat speed and wind effect so that once the boat is placed into neutral it coasts to a stop with the bow above the mooring, at which time the operator (if single handing) or crew grabs the pennant and ties off before the wind pushes the vessel away.

The most common mistake while picking up a mooring is approaching too fast. Slower speeds are best, as the operator can simply increase throttle as needed to overcome the affects of wind or current). Approaching too fast can cause the boat to over shoot the mooring, which could lead to fouling of the pennant or mooring rode on the keel, rudder, or prop.

Once secure to a mooring ball, let the boat drift back and verify that the boat is clear of other nearby vessels. There’s no need to back down to set a mooring ball (as when anchoring) however it is prudent to verify how the boat is riding. Is the mooring buoy vertical or being pulled under?  If so, increase bridle length to create more of a horizontal pull, which both improves the ride of the vessel in rougher weather and reduces wear on the mooring system. Keep an eye out for chafing of the bridle or mooring pennant as well.

If the area is popular and has limited mooring balls, users may have to share a mooring with a second boat. If this case place fenders on the port or starboard side, both to protect the boat and indicate which side is preferred for the second boat to utilize.

When ready to leave, slowly motor forward or use the pennant to pull the boat up to the ball, release the line, then drift back or maneuver forward to clear the mooring ball pennant and ground tackle. If using a bridle, simple release one end and pull onboard prior to getting underway.

Captain Frank Lanier is a SAMS® Accredited Marine Surveyor with more than 40 years of experience in the marine and diving industry. He’s also an author, public speaker, and multiple award-winning journalist whose articles on seamanship, marine electronics, vessel maintenance and consumer reports appear regularly in numerous marine publications worldwide. He can be reached via his website at www.captfklanier.com