In a crowded, competitive segment like pontoon boats, a small design wrinkle can help set a boat, or a series, apart from the crowd. Bennington may have found such a difference maker in its R Bowrider Series of pontoon boats. It positions the forward lounges lower in the boat, which gives the captain and a companion better sightlines and could be different enough to draw customers. It also rides on Bennington’s triple-pontoon performance package that lets the boat get up and cruise like a runabout.

The R Bowrider Series is available in 20’ (6.1 m), 22’ (6.71 m) and 24’ (7.32 m) offerings in two floorplans. The Swingback has a double-wide aft seat to port with a backrest that can be swapped for forward- and aft-facing travel. The Quadbench has aft-facing chaise-style lounges in the stern.

But the most noteworthy part of this series is the step-down U-lounge seating configuration in the bow. Basically, the seat bases are less than half the height of a conventional pontoon boat and position the passengers lower in the boat. The primary traveling position will be reclined and guests can customize their experience with adjustable headrests. A table can be erected to add to the bowrider area’s utility.

Storage is provided in the backrests and there are pockets for small items like cell phones and car keys, but the space beneath the bottom cushions is eliminated. There is space in the center pontoon to make up the difference.

Additionally, this configuration creates what Bennington calls the Vantage Point captain’s view that gives the driver and a companion in his/her own bucket seat unobstructed sightlines over the bow seats. It makes the boat easier to drive, and especially dock. Openings in the fences called View Ports also let the captain and observer communicate more easily with people in the water when towing a tube or other sports.

Underneath, the boat rides on Bennington’s V-Hull performance package with triple pontoons. The center pontoon has a V-shape on the bottom and at the bow while the outer pontoons have lifting strakes. 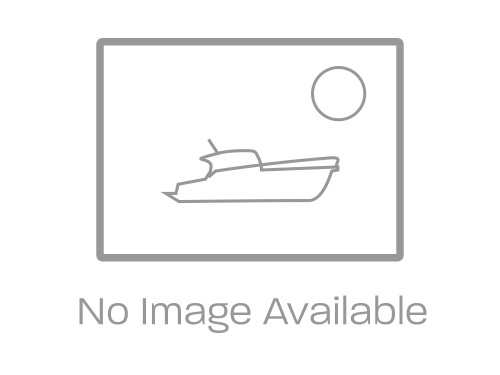 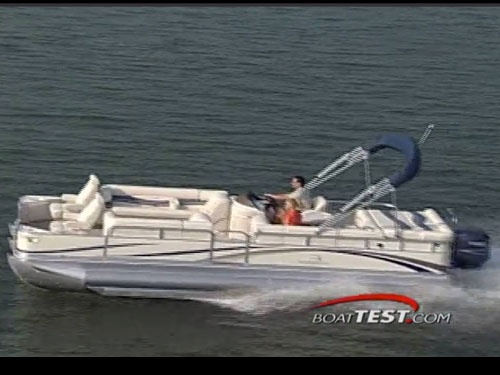 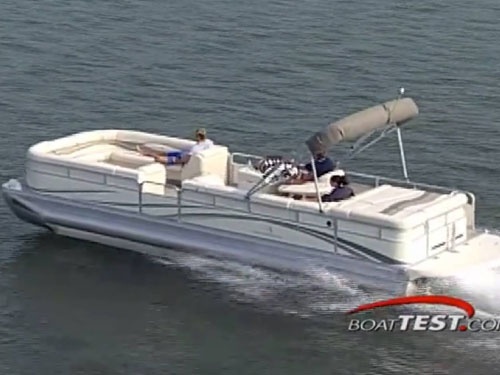