At the Discover Boating Miami International Boat Show, Tiara Yachts announced plans for the company’s largest yacht to date, the EX 60. She’s a 60’3” (18.36 m) long yacht with a 16’11” (51.6 m) beam that blends design elements of the company’s LS and inboard coupe lines.

For optimum personalization, an owner can choose among four layouts for the aft cockpit. Al Fresco and Aft Cockpit modules as well as a Breakfast Bar Module with ottoman seating are available. The Adventure Module has rod holders, a livewell and tackle storage. Tiara says the flagship yacht will be completed in the last quarter of 2022 at its headquarters in Holland, MI.

The EX 60 comes with a hydraulic swim platform that’s large enough to accommodate a rigid-hulled inflatable (RIB) tender. The stern can be configured with an Adventure Module that has rod holders on the trailing edge and a livewell, grill and ice maker plus storage on the front. An owner can also select a lounge on the front side. Regardless of the choice made, the entire aft module raises on power rams to access voluminous storage.

It’s a step up to the mezzanine deck where there’s a forward-facing lounge with a small table that can be set at coffee, dining and standing heights. There are also two L-shaped lounges on each side, plus a hatch to access the engine compartment in the deck.

From the cockpit, it’s a step up to the teak-covered side decks. At about amidships, step up once more to head forward to the bow lounge. It has a sofa-style sunpad with a raised backrest and padded sides as well. There’s a walkway between the lounge and the anchor locker that has ground tackle beneath a flush hatch.

Heading back down the symmetrical side decks, the glass bulkhead separating the mezzanine deck from the salon basically disappears to link the two gathering areas seamlessly. A J-shaped lounge wraps around a table to port with the galley to starboard. A TV rises out of the back of the galley.

The Helm will have the Volvo Penta glass dash with accessory switches in a single row just above the steering wheel and the digital controls alongside to the right. The joystick is in the starboard armrest of the doublewide helm seat and just alongside is a pilot door that the captain can open and step outside for a better view while still being able to work the joystick.

Opposite ahead of the triple-wide companion seat to port are engine monitoring screens plus the Fusion stereo control. The atrium stairs to the accommodations level are in between.

Belowdecks, the EX 60 can accommodate six adults in three cabins including a full-beam master. The owner’s cabin can have a sofa or chest of drawers to starboard and has an en suite with a separate shower while the guest cabin to starboard and the VIP in the bow share the second head.

Continuing its long partnership with Volvo Penta, Tiara plans to power the EX 60 with twin 1,200- or 1,350-hp IPS pod propulsion systems. Tiara expects her to hit a top speed of 41.5 mph/36 knots with the 1200s or 44 mph/38 knots with the 1350s. The company is also focused on reducing noise, vibration and harshness when underway and naval architects designed her so the air conditioning systems and water pumps are housed in an aft compartment that isolates them from the helm and accommodations.

Additionally, Tiara will have individualized Concierge service for each EX 60 buyer, providing updates of various stages of construction and when the time is right, the consumer will be brought to the factory to see his boat take shape. Once the boat is ready for delivery, the Concierge will conduct the initial sea trial. 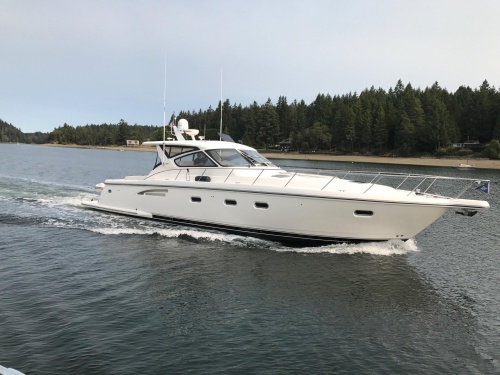 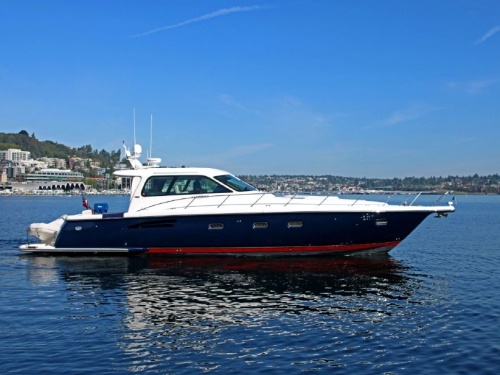 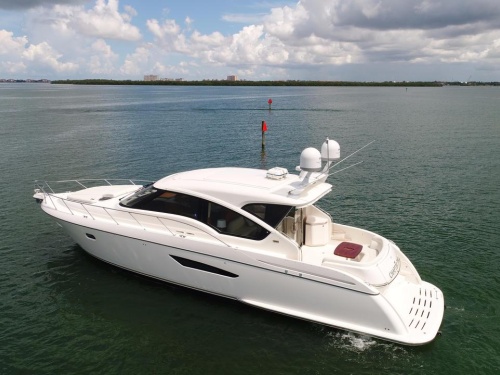 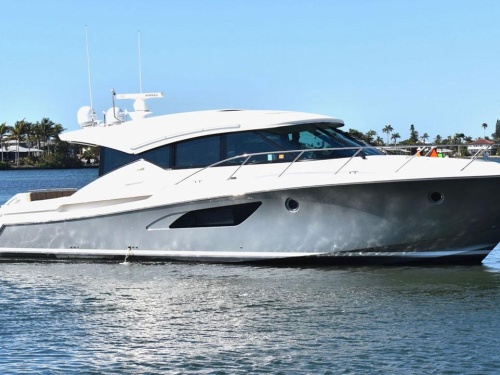