It has long been apparent to us that Boston Whaler has more in-house engineering and design infrastructure than most builders in class. For that reason, we decided to visit the Boston Whaler facility in Edgewater, Florida to get an inside look at what really goes on in the conception of a new boat.

The Process of Boat Creation

For each new boat, there is an intense process of discovery that involves seeking input from customers, dealers, veteran fishermen, and avid boaters. Those observations are distilled and sent to Boston Whaler’s in-house designers and then all the way up to the naval engineers. Because all of these people work in Boston Whaler’s Edgewater, Florida facility, there is constant collaboration among the designers, engineers, and customer relations personnel to make sure that everyone is on the same page all throughout the process. 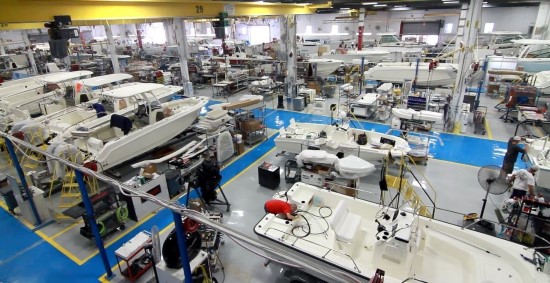 Boston Whaler’s Edgewater, Florida facility, where all the designers, engineers, and builders work in the process of building the Boston Whaler boats.

Building from the Ground Up

When designing a new model, the team begins with existing customers of a previous model or similar sized and type of model. Boston Whaler sends their own designers to conduct interviews on camera and get feedback. They pick these existing customers’ brains as they walk through the boat together. What do they like? What don’t they like? And most importantly… What would they like to see changed? These videos are brought back for review.

When reviewing these videos, the team makes notes on every topic and correlates those notes into a cohesive plan, and this forms the basis of the new design. 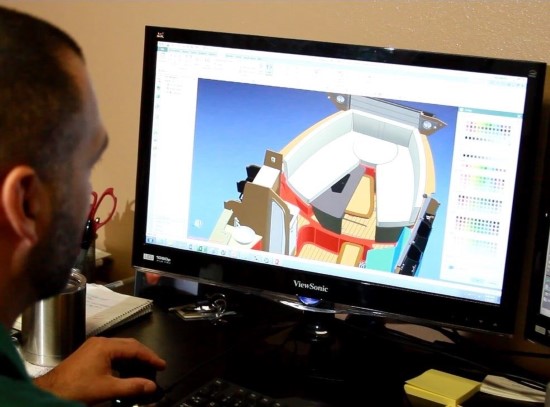 When the cohesive plan is implemented, a new set of designs are drawn up. Boston Whaler will again reach out to customers, fly them down to the plant, and go over the new ideas.

Genesis of the 380 Outrage

Notice the newly designed bow on the 380 Outrage. A customer found that he had nowhere to put his bags on his 370 Outrage. He’d put them on the berth, but whenever he accelerated, they would end up on the deck. His solution was to place a 2x4 to hold it all in place.

The Whaler team took this input and created its own solution, which involved a flip seat back with the same results plus non-skid surfaces on top for holding more items. 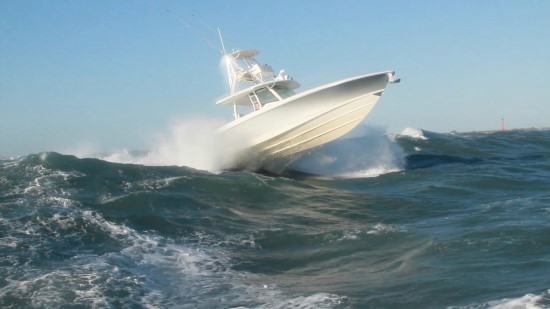 Boston Whaler created the 380 Outrage based on customer feedback on the 370 Outrage.

Another example: offshore fishermen wanted a dinette table down below that was larger than the usual convertible versions, while still other owners wanted an island V-berth instead of a table. And no one liked the hassle of filler cushions. The design team said, What if we did all three things in the same design? And, just like that, the concept of having both a large dinette table with comfortable back rests that could be converted into a double berth without filler cushions was born.

After countless hours of design and engineering, this clever arrangement emerged in the 345 Conquest.

Boston Whaler tells us that nothing is off the table when it comes to meeting the demands of the customer, and we believe them because of the innovations that keep showing up on new Whaler models. Of course, the brand got started with innovation -- the boat that wouldn’t sink! 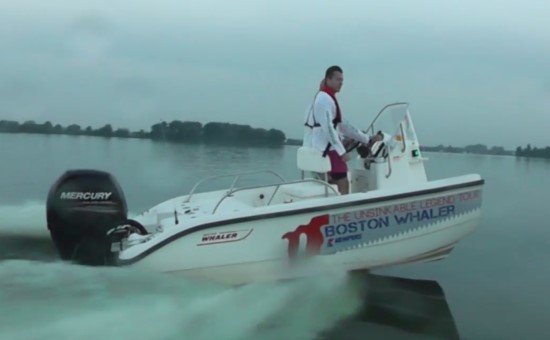 In this publicity picture, Boston Whaler shows that even with half a boat you can still drive away and the boat won’t sink.

Today, the watchwords at Boston Whaler are safety, functionality, and utility. Its whole organization is geared toward producing the best boat on the market in each size range for a given set of tasks. Because of the depth of the organization, its boats are truly engineered to last, be reliable, functional, and safe. 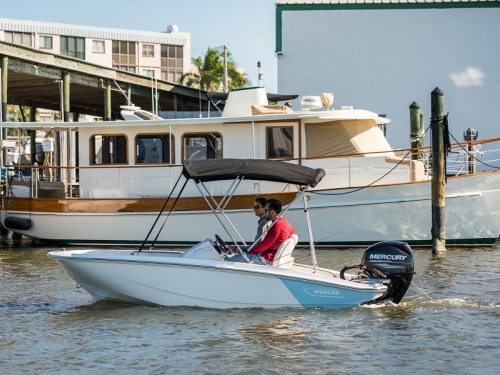