MacClugage, a multi-time World and National PWC Racing champion, won nearly every round of the Pro-Am Stock class on the APBA Watercross Tour this season, racking up an overwhelming points lead going into the final weekend of the 2009 National Tour. 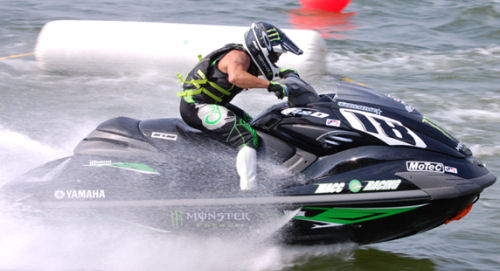 
See BoatTEST's review of the FZR...

MacClugage put on one of the most dominate performances in professional watercraft racing history. Not one to coast his Yamaha FZR to a national title, he took the fight to his competitors at the APBA nationals just as he had all season long. He not only won Moto 1 in the Pro-Am Stock class today to put him
over the top for the national title, MacClugage also won Moto 1 of the Pro-Am Open Class aboard a new Bill-Chapin prepared Yamaha FZR. 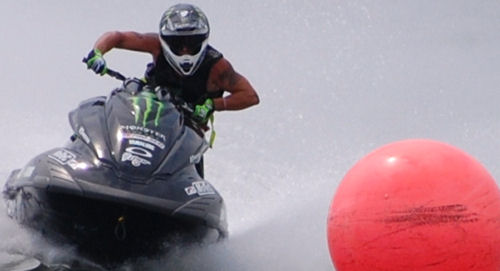 Looks like someone hit the mark. Did they have to do a 360?

“This season we set out to prove that the Yamaha FZR can completely dominate the APBA Prostock class and we did,” said MacClugage. “With the FZR being in its first year of production, it is truly amazing to see it outperform all of the competitive boats that have so many more races under their belt.”

“From conception, the FZR was designed to be the ultimate high performance race watercraft out of the box,” said Bryan Seti, Yamaha’s national marketing manager. “The results of the FZR on the National Tour demonstrate the game changing nature of this hull and engine platform for the closed course.” 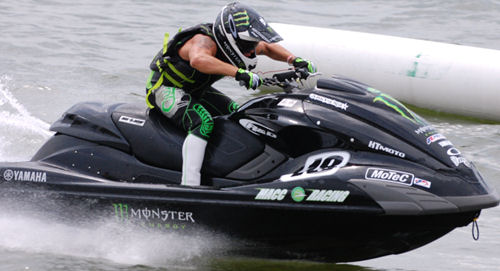 Ride ‘em cowboy! Do you think MacClugage works out?

“Chris MacClugage’s dominance of every race this year and his national championship win reinforces the FZR’s leadership position on the racing scene.”