Last week a Miami-Dade judge declined to throw out the conviction of Benjamin Kramer in the 1987 assassination of power boat mogul Don Aronow. Aronow had been one of the pioneers in offshore racing, winning both the world and U.S. championships several times. Perhaps he is remembered most for the boat companies he started to build offshore racing boats, including Formula, Magnum, Donzi and Cigarette. Ben Kramer is a convicted drug smuggler who was made famous by his attempt to escape from prison by helicopter. 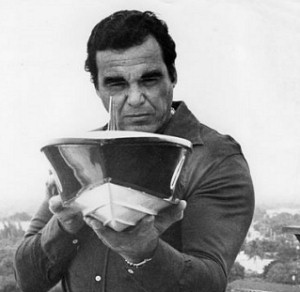 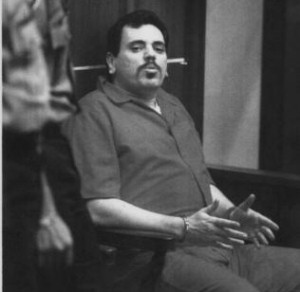 Ben Kramer, in handcuffs, the owner of Apache Powerboats, was convicted in the early 1990s of having Cigarette builder Don Aronow murdered.

Benjamin Kramer, the flashy South Florida powerboat racer imprisoned for ordering the 1987 assassination of rival Don Aronow, remains a convicted killer Tuesday after a Miami-Dade judge refused to toss out his conviction. Kramer pleaded no contest to manslaughter in 1996 and agreed to a 19-year sentence to run concurrent to a life federal prison term for marijuana smuggling.

In March, Kramer claimed prosecutors sent him to prison without ever telling his defense lawyers that the admitted triggerman had confessed that Colombians -- not Kramer -- had hired him to kill Aronow. A millionaire powerboat builder, Aronow was gunned down in February 1987 outside his USA Racing office in the 3000 block of Northeast 188th Street. 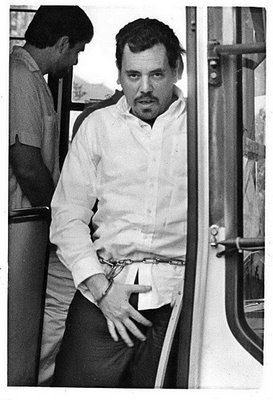 Prosecutors asserted that Kramer ordered Aronow's assassination in a business dispute. Bobby Young, a convicted killer, kidnapper and cocaine trafficker, admitted to authorities that he gunned down Aronow. He pleaded no contest to second-degree murder in 1995 and was sentenced to 19 years, but his plea deal did not require him to identify who had hired him for the hit.

Kramer's lawyers claimed that Young confessed in February 2009 -- shortly before he passed away in prison -- and told police and prosecutors about the so-called Colombian connection and that they kept the information from his defense team. But Miami-Dade Circuit Judge Dava Tunis, after reviewing documents in the court file, agreed Tuesday that Kramer's previous defense attorneys had known that Young once claimed Colombians hired him. "This is not newly discovered evidence,'' Tunis said. 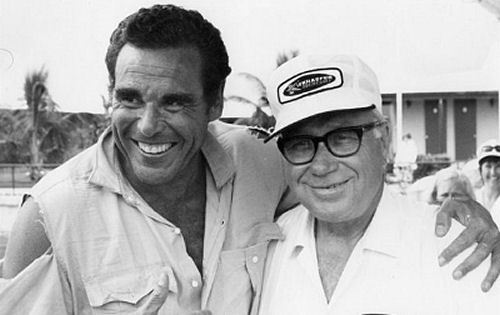 Kramer claims he only took the manslaughter plea to get out of squalid conditions at Dade County Jail. The state's original case against Kramer relied on testimony of two jailhouse informants and a disgraced lawyer who had learned of Kramer's involvement, as well as incriminating phone calls from Kramer recorded in federal prison.

Young was not listed as a state witness, and one of the lead Miami-Dade police detectives told The Miami Herald that the gunman never confessed to who hired him during debriefings. 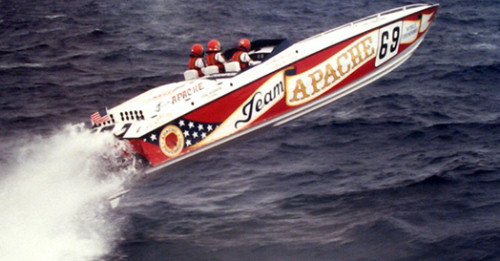 Apache Powerboats were some of the largest and most powerful offshore boats of their era.

Kramer is also notorious for his attempt to escape prison. In 1990, he tried fleeing the Federal Correctional Institution in South Miami-Dade in a helicopter, but failed when the chopper crashed.

Defense lawyers Kenneth Kukec and Benson Weintraub say that Kramer just wants to clear his name, and plans to appeal.

"This case continues to be a mystery,'' Kukec said after the hearing.