Some boat dealers are encouraging their customers to take pontoon boats offshore.

We have received a number of emails from BoatTEST.com members asking if it is advisable to take pontoon boats offshore or out into the Great Lakes.

Unfortunately, in their exuberance to sell boats, some boat dealers are telling customers that their boats are designed to go offshore, and we have seen one dealer’s videos that even quote a boating magazine to support this kind of usage.

Pontoons boats are designed for use in protected waters, where the sea state is such that the bow with its flat and wide deck forward will not bury itself in a wave. Simply put, pontoon boats were not designed to go offshore. However, this is not to say that there are not some times when they can venture out safely.

Boat owners should never exceed the conditions for which a specific boat was designed. So, it is not the body of water that is so important, but rather the sea state.

On nice days, when the marine weather forecast calls for light zephyrs, pontoon boats are fine for venturing a few miles offshore on the Great Lakes or other large bodies of water. Keep in mind, conditions can change quickly. And remember, often the most difficult aspect of an offshore passage is running the inlet. Going out at slack tide may provide no difficulty, but coming in with a swift ebb or flow could be problematical and dangerous.

Low Freeboard is a Problem

In a light chop – say 1’ or so – a pontoon boat is more comfortable than any monohull for the simple reason that it has two or three narrow hulls slicing through the waves instead of one big, wide hull. But the pontoon boat’s weakness is its low freeboard and its wide foredeck. Those skinny hulls don’t have much dynamic lift or buoyancy to keep the pontoon foredeck above the waves when the wind starts blowing, in a confused sea state left over from a previous blow, or running an inlet with standing waves. 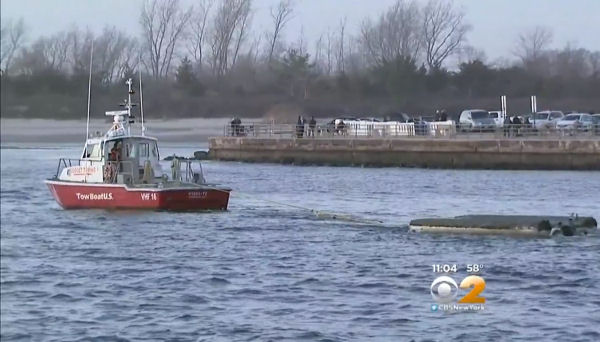 Pontoon boats were not designed for rough sea states and to take one out in such conditions is irresponsible. 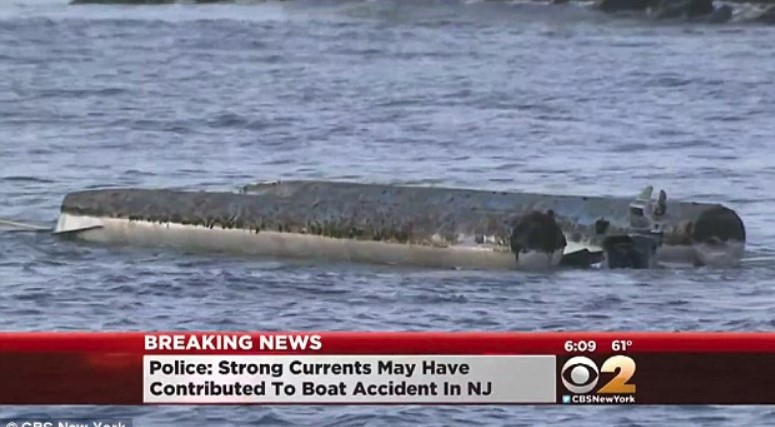 While pontoon boats have great initial form stability, obviously there are conditions that they were not designed to handle. It is the job of the skipper to keep both the crew and boat safe.

So, if the waves are expected to be above 2’ or so high, stay in protected waters. Pontoon boats are especially vulnerable to stuffing the bow and being difficult to control running down-sea compared to a well-designed monohull with its greater freeboard forward. If a pontoon boat ships green water it can become difficult to handle, is easily susceptible to damage, and is vulnerable to capsizing despite its great initial stability. They are simply not intended for this kind of sea condition and to take one there is irresponsible.

The buoyancy of pontoon boats is limited by the size of their air chambers, which are two or three tube-shaped pontoons, and typically run from 24” to 28” in cross-section diameter. Obviously, the larger-diameter pontoon boats have more buoyancy. Tri-toons, with three longitudinal pontoons, are even more buoyant, which is why they can be used for towing sports at high speeds.

Pontoon boat owners must also realize that twin-toon platforms will rack in any kind of rough water condition. The athwartships structures between the pontoons are essentially designed to support the plywood deck, rather than to keep the pontoons in rigid position. 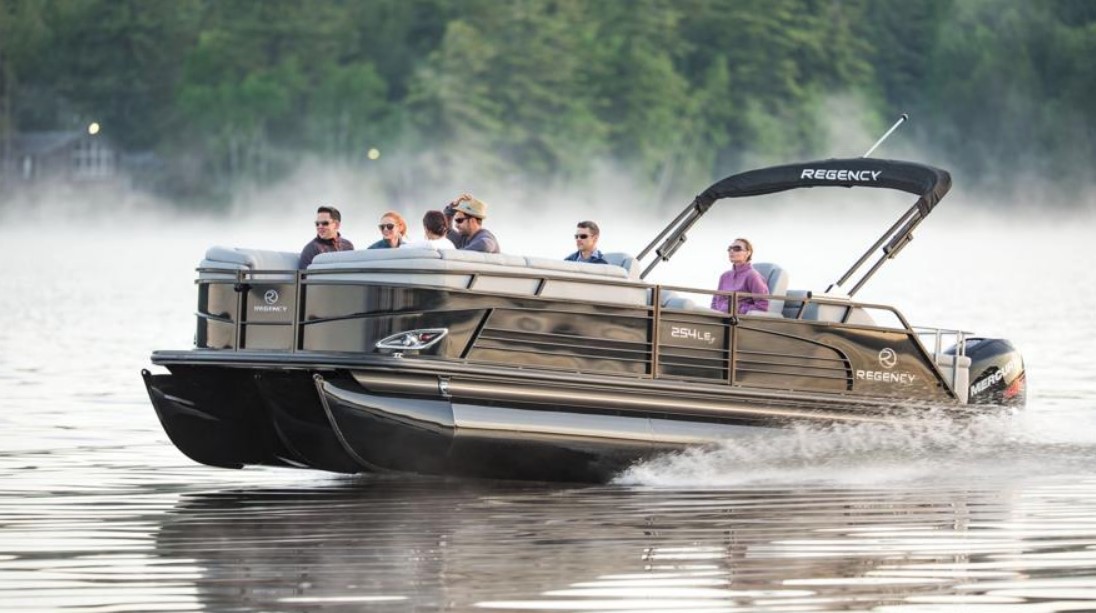 This tri-toon is being operated in a safe manner in appropriate water conditions and passengers are enjoying the thrill of high speed in comfort. Note the sea state.

As with any boat, who you have onboard – and how many people – also determines seaworthiness. Fewer is better than more, physically fit are better than children or elderly. Remember, the reason to go boating is to have fun, and to keep the vessel’s passengers comfortable and safe.

While pontoon boats are very versatile, rougher seas are their biggest weakness and it’s important not to confuse the high form stability and smooth ride with rough-water capability.

If you have a question about anything to do with boating. Ask a Question…